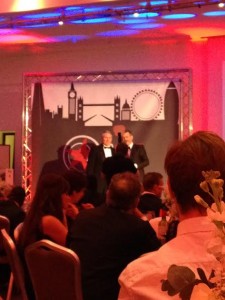 It’s been a busy few months at Excelon. The New York Trip, a brief European tour, Justin went to Boston for STPCon, thanksgiving, lots of writing – actually lots and lots of writing, just not any of it here.

Let me tell you about it.

Before all that happened, over the summer, Joe Colantonio interviewed me for his test podcast. We talked about Lean Software Testing (LST), and, to a lesser extent, context-driven testing. It’s a thirty-three minute interview that I think provides a decent explanation of at least what the heck LST is, and how I think about improvement.

Justin Rohrman, Michael Larsen, and I, along with occasional guest pieces from Smita, continue to write for Uncharted Waters; as often as nine per month or as rarely as six. If you check Uncharted Waters every couple of days, you’ll be likely to find something there. Justin, Erik, Bob Reselman and I are are contributing to the Smartbear blog as well, and I started writing for TechBeacon. My TechBeacon work started with an interview with Ken Schwaber, co-creator of Scrum on Scaling, then a piece on Ron Quartel’s work explaining the value of technical practices, followed by an interview-style piece on why testers quit and how to keep them.

Once I finished a little writing (and a little testing), it was off to New York City, where Excelon did a gold sponsorship to TestBash New York, and, yes, I changed my plane tickets to attend at the last minute. The conference was a lot of fun, and the folks from Techbeacon asked me to cover the event with a fourth story — Five Takeaways From TestBash:New York.

After TestBash it was off to Potsdam, Germany for Agile Testing Days, where I helped run the European Round of the Software Testing World Cup for 2016, and also ran a workshop on Save Our Scrum with Markus Gaertner based on the book; the first public workshop we’ve done on that material together … ever.

After Germany it was off to London for the Agile Awards, where Excelon development was up for Most Popular Online Contributions to Agile. 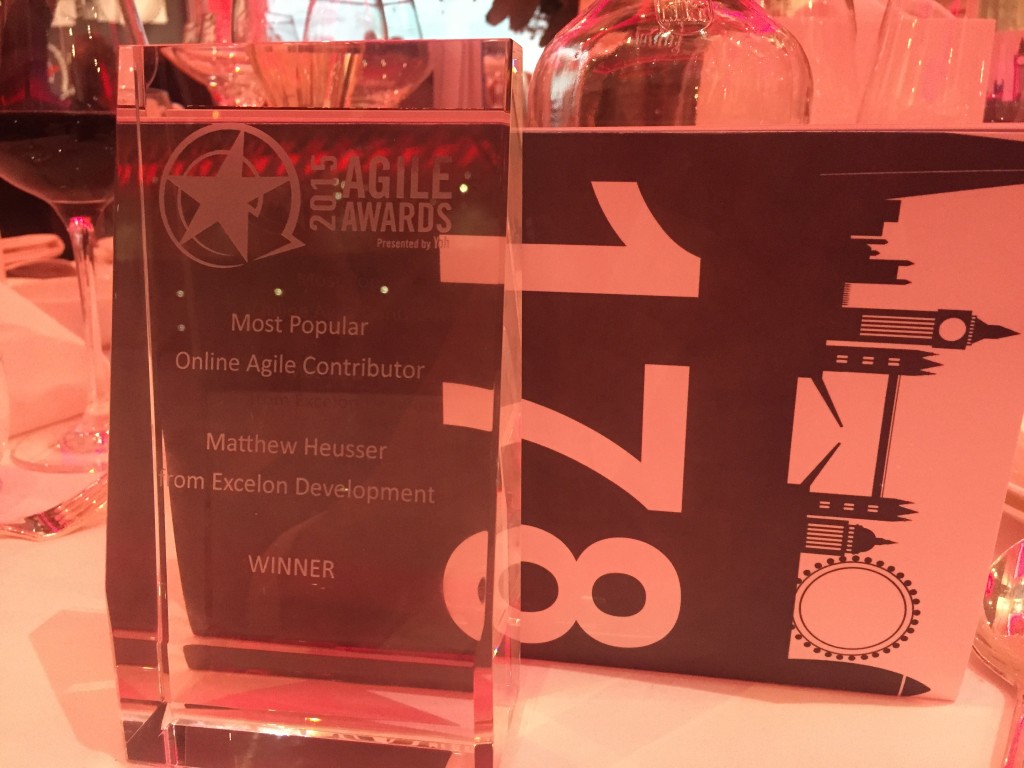 Earlier I mentioned I have been doing some testing – and for once I have a customer willing to let me show a little bit of what we are working on, under certain restricted conditions.

You might also recall that back in February, when Excelon Development ran the Workshop On Teaching Test Design in Columbus, Ohio, I offered in a blog post to demo a test exercise that came out of the workshop. I’ve got one that is almost worth demoing from the workshop – but also, the ideas from the workshop kept percolating. Today I do have an exercise derived from actual practice that is currently in the pre-beta stage.

I would like to run some people through the exercise, for free, in a google hangout, on Tuesday, the 8th of December at 1:00PM Eastern USA time. If you’d like to make it, get your google hangout video tool configured and send me an email.

It might be a hoot, it might be a train wreck. Either way, we’ll talk about testing, have some fun, and have the potential to learn something.

And More from Brian Marick