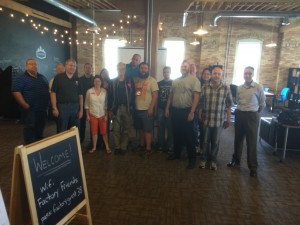 We did it again.

On August 1st, a small group of people assembled in The Factory in Grand Rapids, Michigan, to discover and learn about testing together. It was a blast. I took notes, which are up on the Software Delivery 24/7 Wiki. You don’t need to pay for 24/7 to get a feel for the event. as Michael Larsen wrote up his notes and posted them after each session. So here are notes on the session Michael attended:

On Being The “Least Talented” Tester In The Room (Ajay Balamurugadas)

How Can We Interview Testers Better (Dwayne Green)

Bringing The Energy Back To Testing (Phil McNeey and Others)

The sessions were mostly conversational, but I’ve put the name of the host in parenthesis.

After the sessions, Michael Larsen ran a quick, fun, valuable retrospective, and we went home. 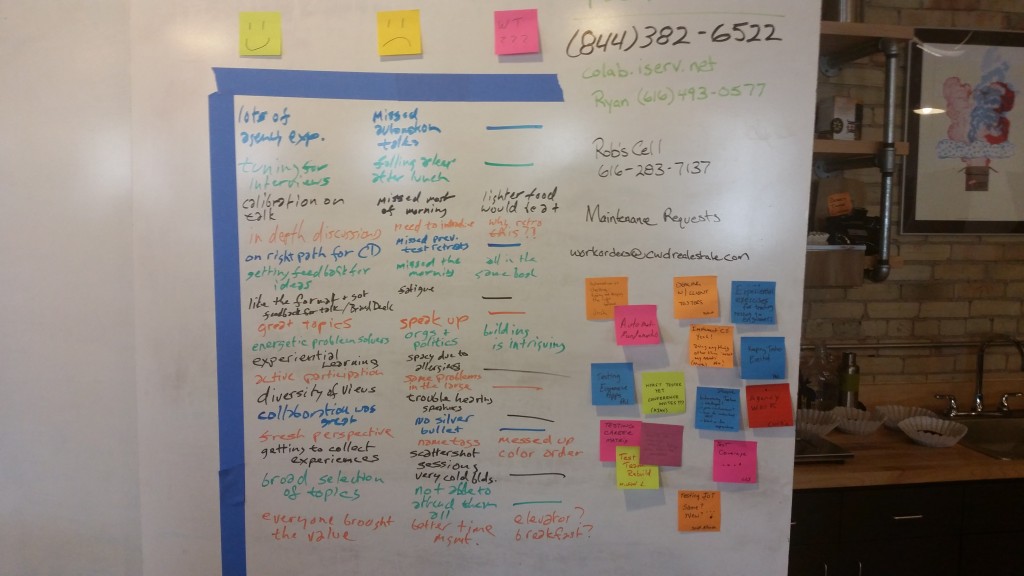 But something was wrong.

It started just after lunch, when I was talking to Scott Allman. Scott had attended the first first open space event we ran for Software Testing, Test Coach Camp, back in 2011, just after I took my company full-time. He said he remember the anxiety I felt, and how I had appreciated our conversation. Scott has been independent, and doing it well, for a long time and he was a great help to me. Scott also remembered my desire to make a “real company”, and, as he took a t-shirt we had made for the event, congratulated me on “making it.”

It was a nice thing to say, and I appreciated it, but something felt … off.

I thought about my, and the pile of T-shirts I got at conferences for companies I have no real connection to. I wear them to mow the lawn or paint the fence. Some some of those companies are out of business.

And boy, did they make a show. Check out those links by Michael Larsen.

So here’s to you, the people who made Excelon what it is, and what it might be. The friends who tweet our articles, the customers who believed in us enough to hire us, the TestRetreat attendees who invested a weekend of their time and a little of their own money – you made the show.

Have we arrived? Have we “made it?” Can we start to take our place in the community for granted?

We want to earn the trust and support you have placed in us, and keep earning it.

Thank you, our friends,  for the last four years. Let us know what we can do to keep moving forward.

And yes, of course, On Sunday, after TestRetreat and before CAST, we went on a boat. 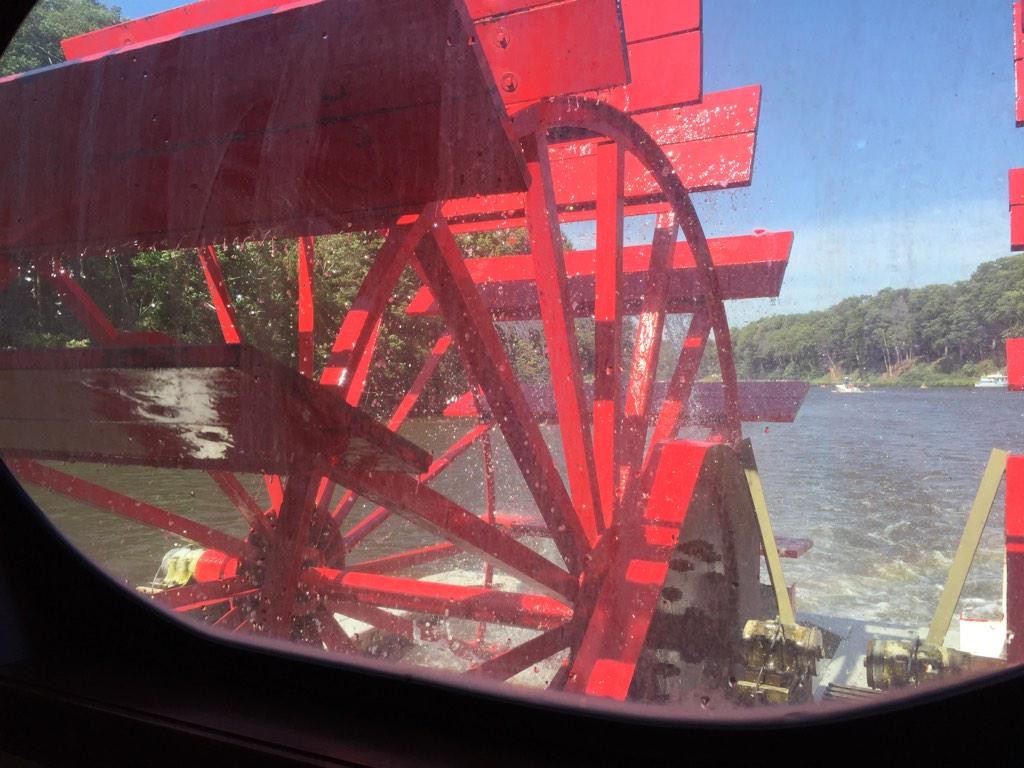 You keep using that word …