My friend Carl Shaulis just registered for TestRetreat:Grand Rapids. His blog post on the topic boils down to “I don’t really know what TestRetreat is, but I trust Matt Heusser and I expect I’ll learn something — so I’m going to find out (by going).”

That may be flattering, but it’s not quite the kind of reputation we’re going for.

It’s time to talk about the event. 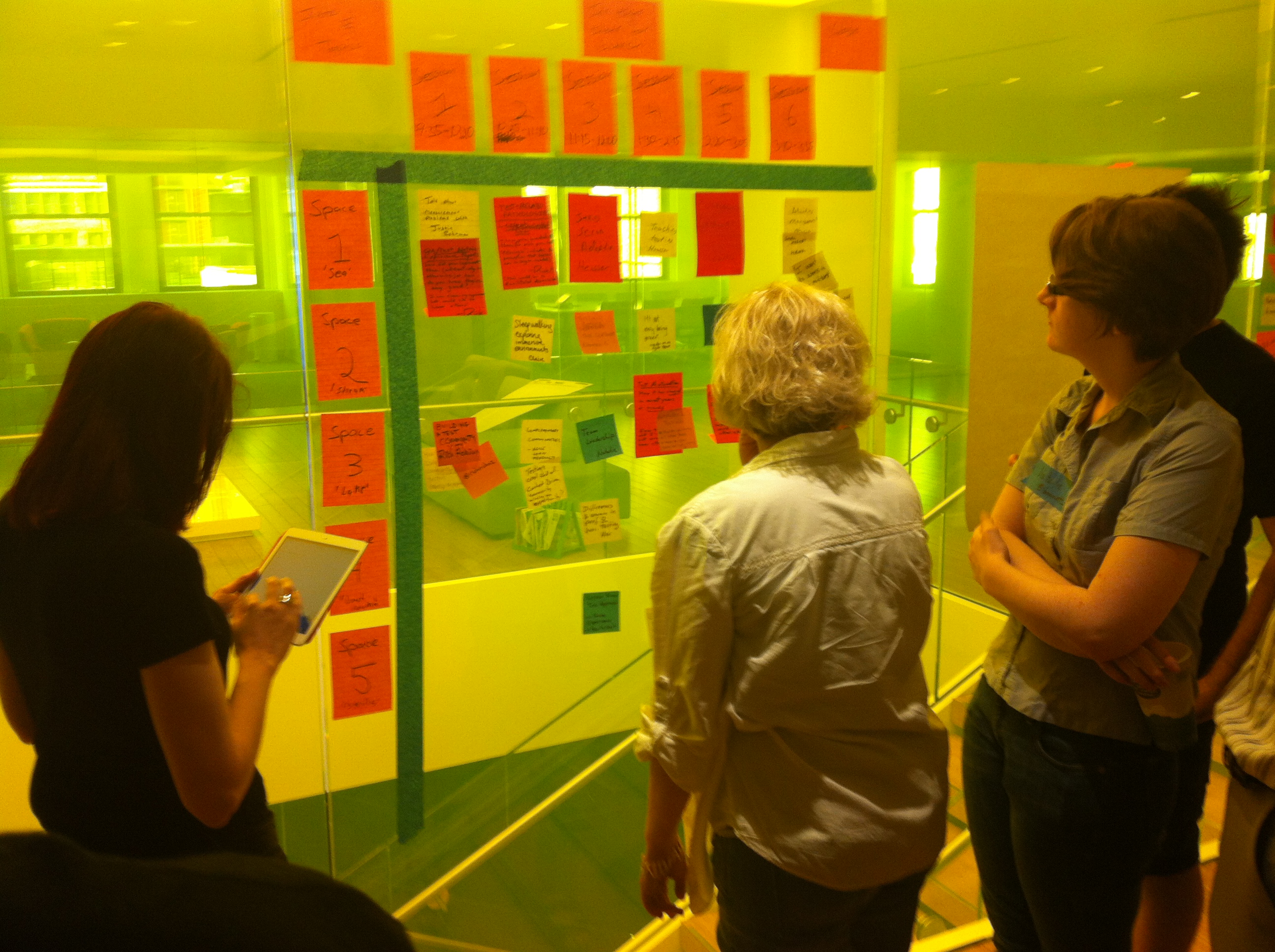 Instead of setting an agenda months or years in advance, open space conferences set the agenda the morning of, based on the audience. After a brief introduction and explanation, we will have a “marketplace”, where people propose what they would like to talk about.

By proposing a session you are offering to host. Hosting really depends on what you’d like to do. Most hosts facilitate a conversation, and either bring a topic they would like to explore from other angles, or, sometimes, a problem they are looking for help with. In some cases the host would like to present an idea, either to get feedback, or, sometimes, to educate the community. During the marketplace we write down our topic on a stickynote, propose it, and explain the format if it is not obvious.

After the marketplace we’ll have a brief exercise to develop the schedule. If the topics seem to be progressing in an order, we may just organize the morning and restructure at lunch. 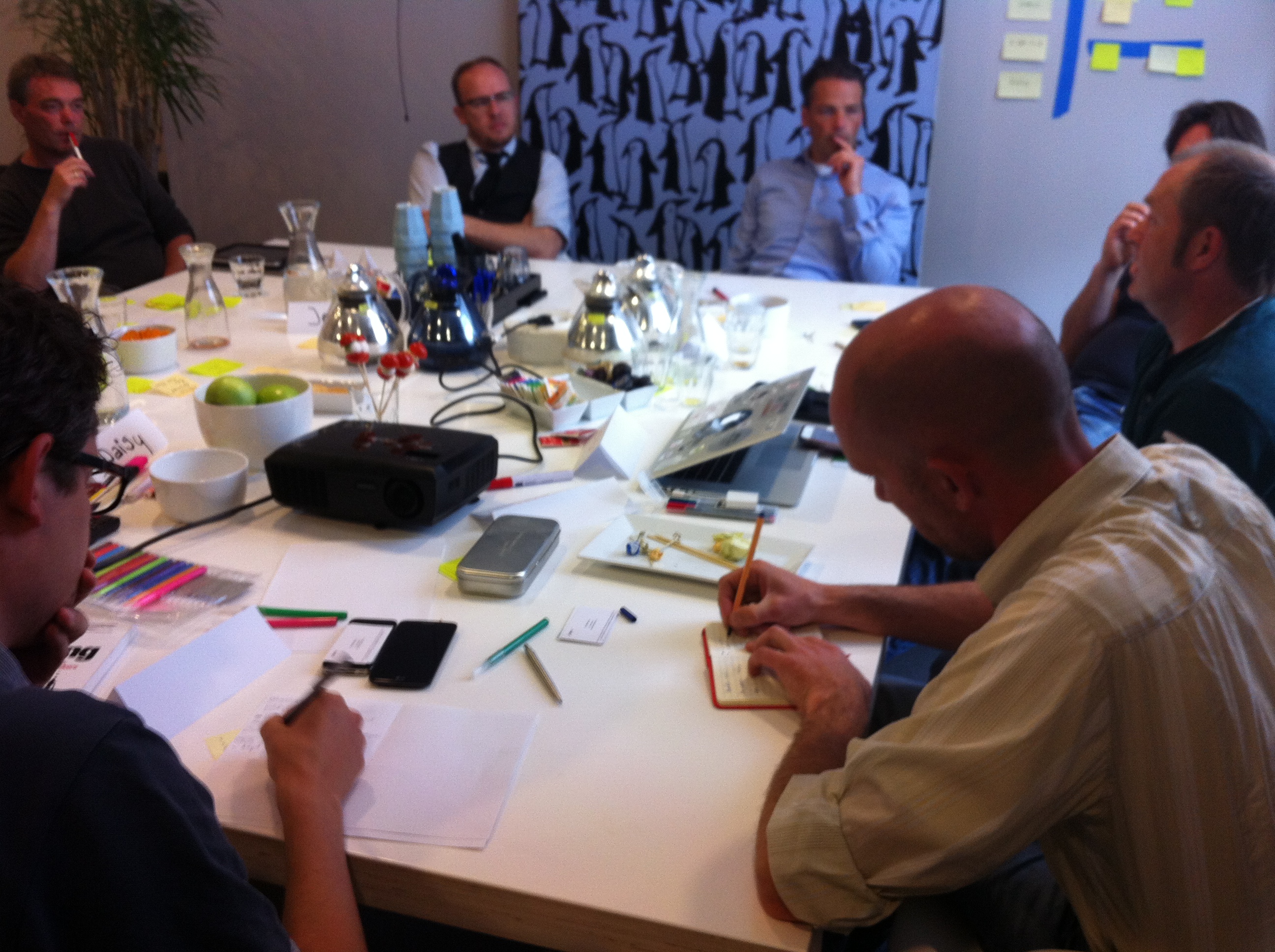 Then sessions begin. Our general topic for TestRetreat:Grand Rapids is context-driven software testing, within the context of the attendees. If the attendees are more junior, I plan on proposing sessions on “What is Context Driven Testing?” which we will run in the morning, along with “Barriers (and solutions) to context-driven testing.” If the class is more advanced, I would propose sessions on explaining testing and analyzing testing with regards to delivery – that is, analyzing the performance of the test team to see how that impacts the delivery. I might also talk about the Lean Test Canvas; specifically how to improve it to make it better, as I think the potential is there, but the language is confusing.

At lunch we split up and find some food. The venue is downtown Grand Rapids; there is a tapas bistro in the building, a chicken wings place a block away, and probably a dozen restaurants within walking distance. In the past some of the groups have decided to explore a “theme”, such as local user’s groups or book clubs, and split up around theme.

After lunch it’s back to the sessions. If this were a two-day conference, or if there were some overwhelmingly popular ideas, I’d suggest we nominate a plenary session. That’s right, the attendees vote on who they’d like to hear from, and that session will likely feel more like a conversation.

After the sessions end we’ll have a closing exercise that ties the day together and allows us to go forward. In the case of TestRetreat, people will be planning their Sunday, some thinking about the CAST conference on Monday, and everyone thinking about how to apply these ideas back at the office on Monday.

But What Exactly Will Happen? 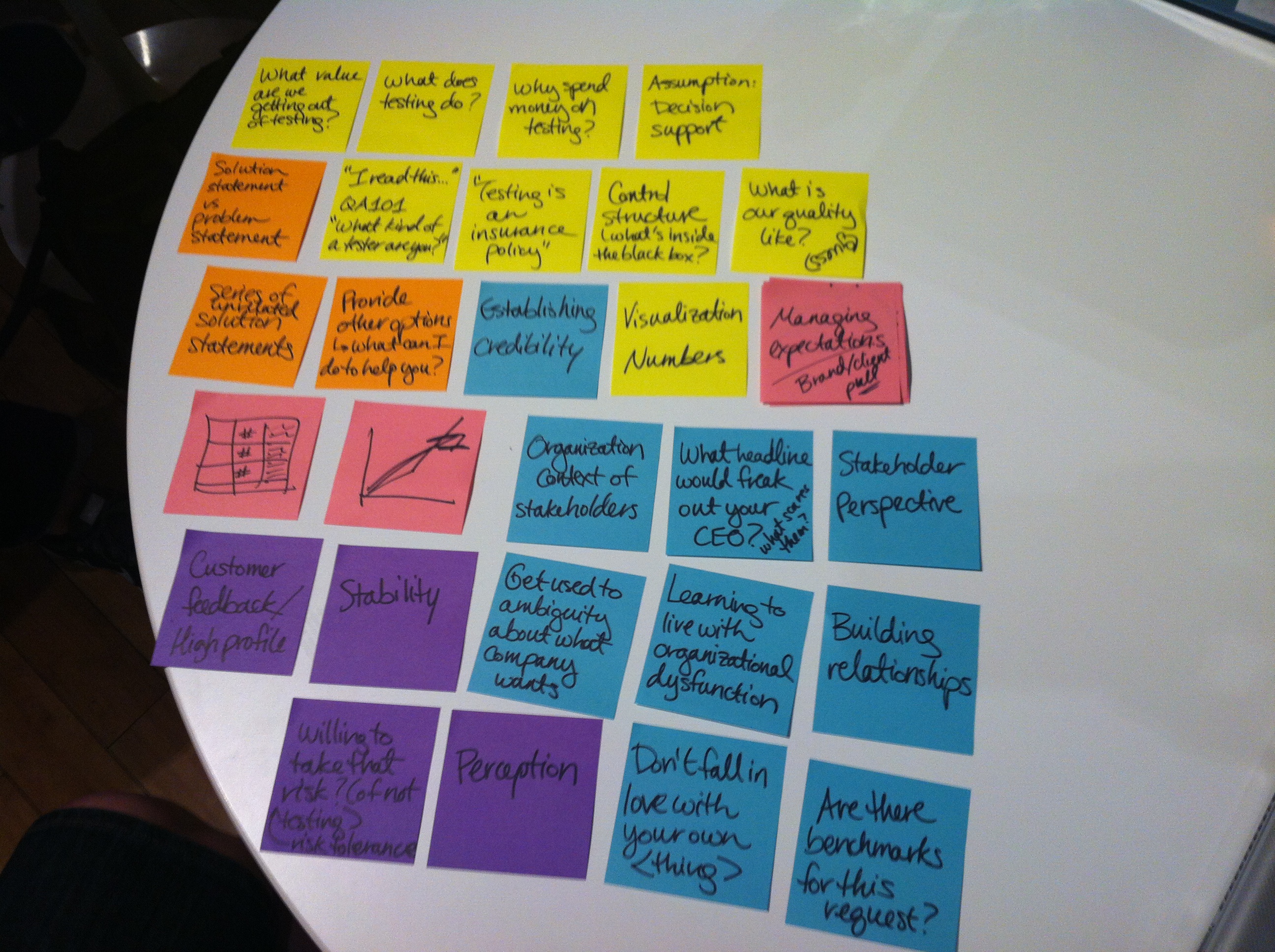 Because the event is self-organizing, I’m afraid I can’t tell you exactly what you will learn, or even what the agenda will be. What I can tell you is that we’ll create a supportive environment where you can ask the questions that matter to you to a group – instead of having a few minutes of Q&A where you might or might not get a chance to ask one expert. You also get to meet and build relationships with peers in a way that is not artificially constrained by chairs, rows, and authority figures.

If you’d like deeper coverage of more open-space technology events, then you might like this conference coverage I did for CIO.com a few years ago. (Or click to zoom in to the possible topics at left.)

I liked the format so much I made it a habit.

We’ve run TestRetreat before with as few as eleven participants and as many as forty. This year, we have eighteen signed up, with verbal promises for a few more.

The registration price is just eighty dollars for the day, and we can hold that price through June 30th, after that goes up to a whopping ninety.

I hope you’ll  join us August first in Grand Rapids. If you have questions, please ask away.

One comment on “What is this TestRetreat you speak of?”