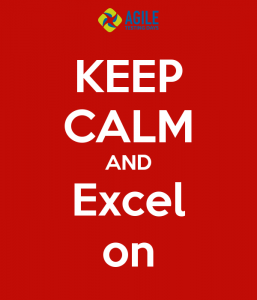 There’s been quite a dustup in the twitterverse and the blogosphere over the last couple of weeks. The dustup includes attack, defense, counter-attack and counter-defense.

At Excelon, we’ve mostly stayed out of those public debates.

Instead, we’ve been quietly working on our own, doing things we didn’t want to announce until they were ready.

We are ready now.

What We’ve Been Up To At Excelon

Lots and lots of testing. In June the Excelon staff will clock-in close to 500 hours of hands-on performance of software testing, a little more than that if you count consulting. Meanwhile …

We continue to produce two episodes per month of The Testing Show Podcast, in coordination with our sponsors at Qualitest Group. Unlike our previous show, this one is syndicated on iTunes.

Justin and Matt continue to collaborate on six articles per month for Uncharted Waters, their IT Knowledge Exchange blog, on topics of general IT, software delivery, and management, with a critical-thinking eye.

Over the summer Matt developed three new training exercises that scale from a one-hour quick introduction to a multi-day course. The “introduction to exploration” material revamps some classic exercises for responsive design. Claire Moss of VersionOne Software is collaborating with Matt on 90-minute version of that class, which she will be presenting at Agile2016. Matt and Michael “Doc” Norton recently delivered a interlocking acceptance-criteria and TDD-loop course in the Midwest. Matt will be presenting the 120-minute version of that, which he calls “Write a little Ruby, do a little test, get down tonight” at TestRetreat in August in Vancouver, right before CAST.

Then there is the tester’s toolkit – the combination of hardware, software, and skills that a tester brings to a software project. We’ve been running the toolkit as a job interview exercise, based partially on the work of Justin and Paul Harju at the WHATDA peer conference in 2014. The interviews have gone so well that we are repurposing the material as a one-hour class. It might come up on the podcast; the public debut will be at TestRetreat.

Matt has been working on two different one-day courses, set to debut this fall. First up is Testing Influence: Getting Test to the Strategy Table, which he will be running at the Targeting Quality Conference in Kitchener-Waterloo in September. The second course Excelling at Agile Leadership in December in Potsdam, Germany at Agile Testing Days.

Justin is speaking at Music City Agile in Nashville in August, on Testing As A Development Catalyst. Speaking of Testing as a catalyst … keep reading.

The Software Testing World Cup continues its drive to the world competition in December in Potsdam Germany. With the African round coming July 15, Asia August 26, Oceania and USA Sept 8th, if you haven’t entered yet, there’s still plenty of time to do so. And at 40 Euro per team, the price barely covers the competition – just enough to make sure teams are serious.

The list above are all hard, concrete commitments. On the more nebulous front, we’d like to talk about a peer conference at Hotel Heusser in November 2016. Possible 2017 events include a writing workshop, and also a more intense software testing bootcamp like experience. If you’d like to be involved, please, get in touch.

Described this way, testing as an activity is something we are … well … let’s just say very excited about.

When we discovered that AgileTD was coming to the United States, our ears perked up. This is the kind of new, innovative work that we at Excelon would like to be involved with, which, to borrow a bit from Jessie Alford and others, we might call the “3rd wave Post XP Lean Agile Context-Driven Zeitgest.”

And, by now you guessed it, Agile Testing Days is coming to the United States, in the North Shore of Boston, June 19-21, 2017. Diaz & Hilterscheid, GmbH, who organize AgileTD, have asked Excelon to co-organize the conference.

The Call for Papers is up now, and runs through October 4th. The keynote speakers and a few tutorials have been announced.

So there you have it

I hope you can understand why we’ve stayed out of the latest dustup. We’ve been too busy.

And we hope you’ll join us.

Do you even (need to) automate the GUI?

Where have all the sapient processes gone?

Why GTAC is different